Tremendous family wealth is a hallmark of Forbes’ list of the country’s richest people, though many billionaire heirs hail from just a handful of companies. One such company is agriculture giant Cargill, the largest private company in the country, which has propelled 12 heirs into the three comma club. The great-grandchildren and great-great-grandchildren of founder W. W. Cargill still own nearly 90% of the business he founded in 1865.

Other businesses where the spoils of success have trickled down the generations include the Wisconsin-based cleaning products manufacturer SC Johnson–known for brands like Windex, Off and Pledge–and Mars, the candy and pet food empire started by Frank Mars in 1911. The four great-great-grandchildren of Samuel Curtis Johnson–H. Fisk Johnson, Helen Johnson-Leipold, S. Curtis Johnson and Winifred J. Marquart–collectively own a majority of the private company and are worth an estimated $3.1 billion each, while six of founder Mars’ grandchildren and great-grandchildren are billionaires, worth between $7.4 billion and $29.7 billion, Forbes estimates.

Some of these heirs took control of businesses they inherited and radically transformed them. Charles Koch and his three brothers inherited most of a vastly smaller Koch Industries when their father, Fred, died in 1967. (Charles and his brother David (d. 2019) bought out the stakes of their two brothers, Frederick and Bill, for $1.1 billion in 1983.) Charles has run the company since the death of his father, orchestrating the $13 billion acquisition of Georgia Pacific in 2005 and the estimated $13 billion purchase of cloud software firm Infor in 2020, among others. Charles Koch appeared on the first Forbes 400 list of richest Americans in 1982 with a net worth of $266 million. Forbes now pegs his fortune at just under $60 billion. Rupert Murdoch inherited two Australian newspapers when his father died–and with those started a media empire that has grown to include Fox News, arguably the most influential cable TV network in the U.S.

Together the country’s 20 richest billionaire heirs (technically there are 23 because several are tied at number 20) are worth $568 billion. That’s about 13.5% of the $4.2 trillion in wealth of all 701 U.S. billionaires, according to Forbes’ estimates. Here’s a look at who they are and where their money comes from. (Net worths are as of Thursday, June 16.)

Forbes covers the intersection of entrepreneurship, wealth, technology, business and lifestyle with a focus on people and success.

America is united in wanting law and order on the streets: Gamaldi

This is going to affect monetary policy around the world: Expert

Texas Lieutenant Governor: There is a ‘culture of death’ in the Biden administration

Arizona pushes most expansive education savings account program in the US 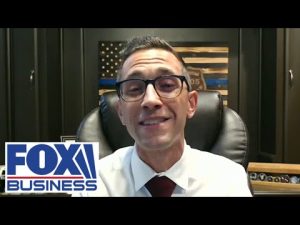 America is united in wanting law and order on the streets: Gamaldi 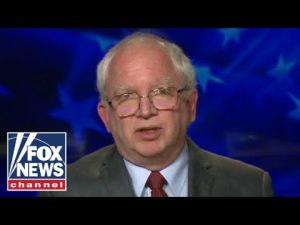 This is going to affect monetary policy around the world: Expert