The following video is brought to you courtesy of the RT America YouTube Channel. Click the video below to watch it now.

On the show this week, Chris Hedges discusses why American liberals refuse to speak out about the crimes the Israeli apartheid state carries out against the Palestinians, with political analyst and author Mitchell Plitnick.

Mitchell Plitnick’s new book, with co-author Marc Lamont Hill, is: Except for Palestine: The Limits of Progressive Politics.

“Israel is in breach of more than 30 U.N. Security Council resolutions. It is in breach of Article 33 of the Fourth Geneva Convention that defines collective punishment of a civilian population as a war crime. It is in violation of Article 49 of the Fourth Geneva Convention for settling over half a million Jewish Israelis on occupied Palestinian land and for the ethnic cleansing of at least 750,000 Palestinians when the Israeli state was founded and another 300,000 after Gaza, East Jerusalem and the West Bank were occupied following the 1967 war,” wrote Hedges in his recent commentary, Israel, the Big Lie for Scheerpost. “Its annexation of East Jerusalem and the Syrian Golan Heights violates international law, as does its building of a security barrier in the West Bank that annexes Palestinian land into Israel. It is in violation of U.N. General Assembly Resolution 194 that states that Palestinian “refugees wishing to return to their homes and live at peace with their neighbors should be permitted to do so at the earliest practicable date.”

Check out our other shows!

It’s her take on all things political and she presents ALL the angles: News.Views.Hughes with Scottie Nell Hughes, NVH: https://bit.ly/NVHSHOW

What’s your NEWS IQ? Give us 30 minutes, and we’ll take you across the globe! In Question with Manila Chan, IQ: https://bit.ly/IQ_SHOW

Steve Malzberg sinks his teeth into the slander, hypocrisy, bias and lies of MSM. MMM…Delicious! Eat The Press: http://bit.ly/EatThePress

Candid conversations with the most outspoken guy in Hollywood! Dennis Miller + One!
Dennis Miller Plus One: http://bit.ly/DennisMillerPlusOne

Let our TV time-machine bring you the week’s highlights and a closer look at the BIGGEST stories, Just Press Play: http://bit.ly/JustPressPlayShow

Author and social critic Chris Hedges conducts fascinating in-depth interviews with the fiercest critics of the establishment. Watch all episodes at https://bit.ly/2QIkQZg

Yep, it’s Gov. Jesse Ventura and you’re living in his WORLD! Come along for the ride.
The World According To Jesse: http://bit.ly/WATJSHOW

They’re watching you. Are you watching them? Are you WATCHING THE HAWKS?
Watching The Hawks: http://bit.ly/WTHSHOW

Follow the twists and turns of the global economy with Boom Bust, the one business show you can’t afford to miss. Boom Bust: http://bit.ly/BoomBustShow

Do you keep missing the forest for the trees? Let Holland Cooke show you the Big Picture, The Big Picture: http://bit.ly/TheBigPictureShow” 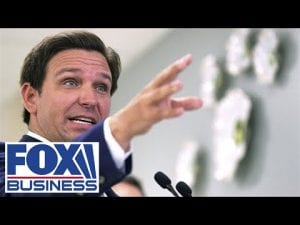 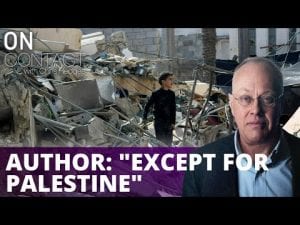 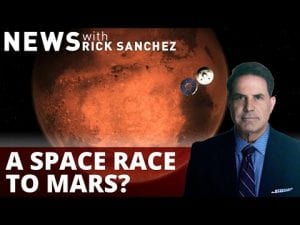